Virtual Visits allow you to connect with your provider from the comfort, convenience, and safety of your own home.

For existing patients, login to make an appointment, view documentation or contact your care provider. 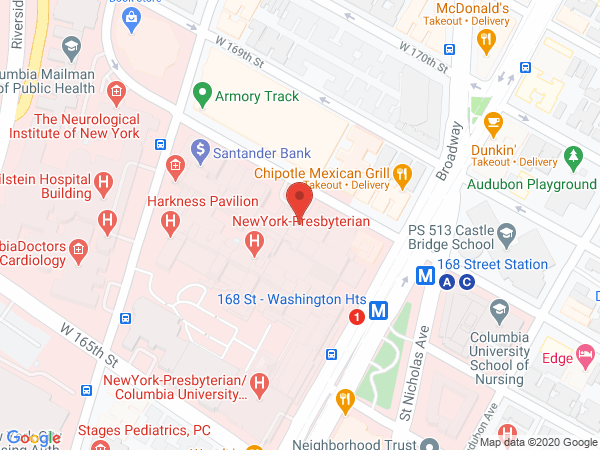 *Please contact the provider’s office directly to verify that your particular insurance is accepted.

My laboratory is investigating the ability of ex-vivo expanded Tregs to enhance bone marrow engraftment and extend the duration of mixed chimerism. The induction of durable mixed chimerism without graft-versus-host disease should in turn lead to life-long donor-specific tolerance to any co-transplanted cells (islets) or solid organs (heart, liver, lung) from the donor. We are also collaborating with other investigators at the CCTI to study the ability of amnion-derived multipotent progenitor cells to enhance bone marrow engraftment in translational models as an alternate, and potentially synergistic, strategy to induce durable mixed chimerism.

We are also investigating the ability to translate the induction protocol that induces tolerance to simultaneously co-transplanted bone marrow and kidney grafts (despite only transient mixed chimerism developing) to combined bone marrow and liver grafts. In particular, we are investigating 1) the role of donor and recipient memory cells in mediating host-versus-graft and graft-versus-host responses; and 2) the role that inflammatory cytokines, particularly in the portal system, play in priming inflammatory and tolerogenic cellular responses.

The future goals of the laboratory include collaborating with the Chen lab in testing the ability of durable mixed chimerism to induce tolerance to organs that do not facilitate tolerance with the transient mixed chimerism approach, such as islets. We also plan to test the ability of modulating the T cell memory responses and the inflammatory environment induced after liver transplant to reliably induce rapid tolerance after liver transplants.

The development of Gal-knockout swine removed the most significant target of natural antibodies from the surface of pig cells. However, low levels of non-Gal antibodies represent a barrier to long-term solid organ xenograft survival and xenogeneic bone marrow engraftment. Since pharmacological interventions have been unsuccessful in decreasing natural antibody levels, my lab is investigating the efficacy of Treg therapy in reducing anti-swine antibodies and facilitating tolerance induction to xenotransplants.

1. Studies on the optimal method of stimulating Tregs during expansion to generate donor-specific Tregs

The future goals of the laboratory are to utilize donor-specific Tregs to control the natural anti-swine antibody response in translational swine-to-humanized mice and swine-to-nonhuman primate models. This in turn will facilitate the induction of xenogeneic chimerism that is expected to result in robust tolerance to donor solid organ transplants.

For a complete list of publications, please visit PubMed.gov